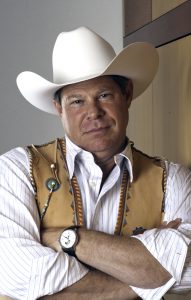 Steve Young has conducted almost 200 Civil Jury Trials during 37 years as a lawyer. In 2013, the Orange County Trial Lawyers Association named him Trial Lawyer of the Year. He is a nationally certified Civil Trial Advocate (only 130 in California hold that credential) and is listed as a ” Top 100 Trial Lawyers.”

Mr. Young has created a niche practice specializing in “last minute trials.” His trial experience covers all areas of law from class actions to a first in the nation trial against a hedge fund over municipal bond arbitrage derivatives to bad faith to business disputes to personal injury.

He is a published author: “Medical Proof of Whiplash” (View excerpt: Obtaining better outcomes in medical litigation), and two volumes on employment issues in his Legal Guides for the Little Guy, entitled “I Quit My Job!” and “Fired From My Job!” He also writes fiction and poetry in his free time.

Mr. Young has spent years studying the art of persuasion including storytelling, deep metaphor, painting word pictures, neurolinguistics and behavioral and relationship psychology to find the most compelling ways to “stage” the drama that is trial.