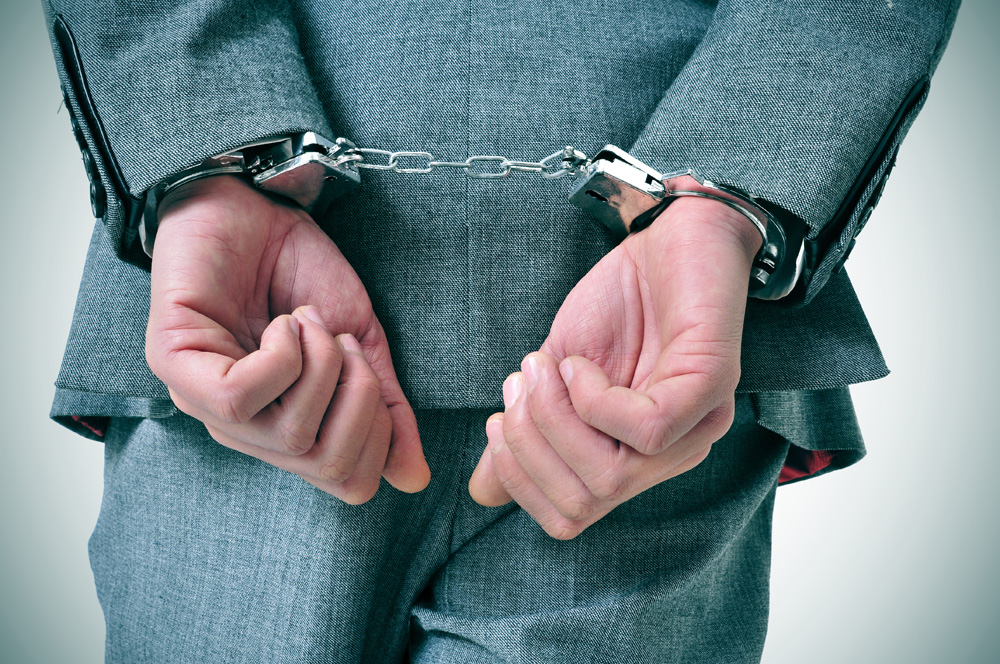 I believe we must do what is right, let the consequences follow. The challenge is that sometimes the consequences are negative. Twenty years ago I had an experience that had me saying, “I never felt more humiliated for doing the right thing.” A friend of mine summarized it differently: “Young you big dog! You can’t call yourself a trial lawyer until some asshole judge has put your butt in jail for contempt!”

I didn’t know if my friend Rob Gill from Louisiana was trying to comfort me, teach me, or was lying to me. I had called to ask Rob, a criminal defense specialist I became friends with in 1996 when we both attended Gerry Spence’s Trial Lawyer’s College for advice on defending a contempt of court.

The fat jowled judge with the ruddy imprint of alcoholism in his cheeks, made no secret of his disdain for my Palestinian client. My client was born in Columbia, spoke Spanish, and had never been to the Middle East, but that made no difference to the judge. He set out to scuttle the case, and drive the case to the result he wanted.

I weathered every storm during the trial, and wondered what the judge had up his sleeve when he invited counsel into chambers. “Well how do you think the jury will rule?”

Opposing counsel felt he would win. I disagreed, feeling my witnesses were convincing on the issue of interference with a commercial lease my client guaranteed.

“Are you kidding?” the judge asked, “I didn’t believe a damn thing those towel heads said.”

I was aghast, but that didn’t stop my mouth from running. “What did you call my clients? Are you kidding? I can’t believe you said that.”

The judge did not appreciate my outrage. “Don’t tell me you are one of those bleeding-heart, let’s all get along types.”

“No, I’m one of those a judge shouldn’t be a bigot types.”

“Get out of my chambers,” the judge said without disguising his resentment.

I happily left. I returned to the courtroom where my client was waiting for the verdict. “I think we’re in trouble. Even if we win, the judge will scuttle us.”

“Why do you think that?” my client asked.

“You won’t believe what the judge just said.”

“What?” my client asked.

I recounted the chambers conversation to my client. He felt the same way I did.

The Verdict Comes In.

The next day the jury gave its verdict. The judge excused the jury and did something I’d never seen before nor since – he excused opposing counsel to sit in the hallway.

When counsel left the courtroom, the judge said, “Mr. Young, the bailiff reports to me that you said things to your client about me yesterday that were very unflattering. I don’t appreciate it and I am finding you in contempt.”

“Well your honor, as long as we are sharing our feelings, I want you to know that last night I filed with the Supreme Court Chief Justice, a complaint about your racist comments yesterday.” (Note: the judge had retired and was sitting by assignment from the Chief Justice.)

“Racist comments? What are you talking about?”

“Your comments yesterday in chambers when you referred to my client as a towel head.”

“I never said that.”

“You most certainly did and opposing counsel was there to hear it.”

“Bailiff, get opposing counsel in here. I want to get to the bottom of this.”

When my opponent had entered the court room, the judge said to me, “Okay Young, ask him.”

I didn’t think it was my place to do so, but never being to yield control if it’s offered to me, I said, “Yesterday when we were in the judge’s chambers, did the judge call my client a towel head?”

Counsel’s eyes got big. I could tell he was weighing his options and how to escape unscathed. “No.” A long pause followed. “That’s not what he called him.”

“Just a minute your honor,” I said. Then turning to counsel, “What did the judge call my client.”

“Well I thought he was kidding.”

I said, “There is no place in a courtroom for kidding about someone’s race. Tell us what he said.”

Then something happened I didn’t expect, but it didn’t surprise me. The judge leaned over the bench and said to the reporter, “Off the record.” He then looked at me with a sneer and said, “Young, I order you to pay the clerk $1000 before you leave the courtroom.”

The judge said, “Bailiff. Take him into custody. Mr. Young I hope I live long enough to testify at the state bar proceedings when you lose your license.”

The Judge Threw Me in Jail

I was taken past many of my friends, in handcuffs on the way to the basement holding cell. The deputies there took my shoelaces, my neck tie, my belt and everything in my pockets. They disassembled my wallet and inventoried it. The process took about an hour.

I was then put in isolation because I was a civil prisoner and not a criminal prisoner. I used my “free calls” and tried calling several friends including a court of appeal justice.

None of them answered because it was the lunch hour on a Friday. I then called my office to talk to my partner. “Roland, I need you to file a writ of habeas corpus. I’m in jail and it’s a wrong. Get me out.” I was then taken to the cell, which had only solid walls and no bars or windows. I was in solitary and could not see or talk to anyone.

Time passed very slowly. By my estimate, it was about 4:00 and the deputies were processing the criminal prisoners to return them to county jail for the weekend. I was worried that I would be forgotten, and would spend the night in my solitary cell, without light, for the whole weekend.

At about 4:30, a deputy came for me. “Your partner is at the clerk’s office bailing you out. Let’s go through the inventory make sure you get everything back and we’ll head to the courtroom.”

When I got to the courtroom, I was in for another surprise: The judge left early. The report I got was that he heard my partner was at the clerk’s office and left because only he could order me released.

A friend of mine, a judge, came to the department, ordered me released and said he didn’t care about the “release” rule.

Here is where the saga began. I had to file post trial motions in the case. I didn’t want the judge to hear them, so I filed a motion to disqualify the judge. A judge in another hears disqualification motions filed in our county. The Judge filed an opposition to that motion that stated, “I didn’t call Mr. Young’s client a ‘towel head. I called him a camel jockey. I have a Lebanese nephew and we use that term to joke with him. I don’t use it in a prejudice way. It’s for humor.”

I Go to The Court of Appeal

I filed my challenge to the contempt in the Court of Appeal and included the Judge’s declaration as part of the record.

When the oral argument in court of appeal, I stood to argue and began, “This appeal presents the issue of whether an attorney client conversation in a court, overheard by a bailiff, concerning a prejudiced remark by the judge can serve as a basis for a contempt.”

The Chief Justice David Sills interrupted my argument. “Mr. Young. Do you think there grounds for the County to oppose your application here?”

I answered, “No your honor.”

“Can we dispense with oral argument then?”

“I understand what you are saying your honor, and I would if I knew the other justices felt as you do about this matter.”

His honor replied, “Oh you can assume we all feel the same.”

“Your honor, I submit.” It was my shortest argument ever in the Court of Appeal.

Several weeks later, the opinion came out. It excoriated the judge for his comments and for the manner in which he conducted himself as it related to me and alleged contempt.

The Lesson in All This:

Opposing counsel did not have the courage to answer forthrightly about the judge’s misconduct. He owed it to the system and to my client to have been honest. As a result, I suffered, and the system suffered. We must have courage to stand against things that are wrong, regardless of our concerns about personal inconvenience or detriment. I stood up to the judge. Opposing Counsel should have stood with me because the judge was just wrong.

There is a footnote to the story. After the contempt citation was entered against me, an organization concerned about discrimination approached me and asked what they could do about what had happened. I suggested that I could ghostwrite a letter to the Chief Justice of the Cal Supreme Court expressing the chagrin the organization felt that a judge would use such a reference during a case. I expressed in the letter how a court must be the one place of all places where any member of a minority or group could feel safe that fairness and justice would prevail. The president of the organization signed the letter and we sent it off. Several years later I learned that the letter was being used by California Judicial Counsel to train new judges in ethnic sensitivity in an effort to prevent a recurrence of what I experienced. I like to think my time in jail for contempt redounded to benefit of all when in court.